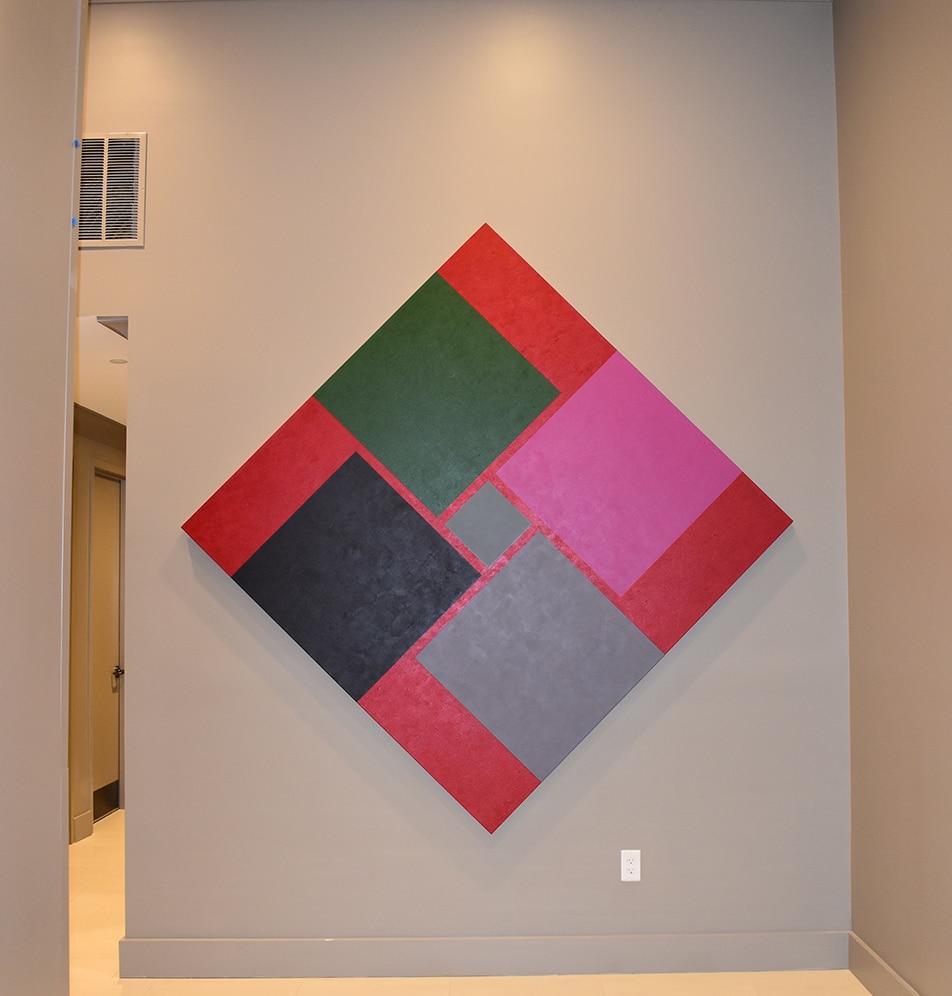 Michael Tyzack was born in Sheffield, England, in August of 1933. He studied at the Slade School of Fine Art in London where he gained his Doctor of Fine Arts in painting, drawing and printmaking in 1955. In 1956 Tyzack won a French Government Scholarship that allowed him to travel to Paris and Menton, where his work began to show a tendency towards abstraction and the influence of Cezanne.

Also, a talented musician, Tyzack returned to England in 1957 to pursue a career as a jazz trumpeter, continuing to paint in his spare time. In 1965 he won first prize in the prestigious John Moores’ Liverpool Exhibition and continued to exhibit at prominent galleries and museums in England and America during the 1960s and 1970s.

Tyzack moved to Iowa to fill a teaching post in 1971 – originally planning to stay only one year. However, he and his family decided to remain in America after he was offered the post of Professor of Fine Arts at the College of Charleston, where he lived until his death in 2007.

Read more about the artist