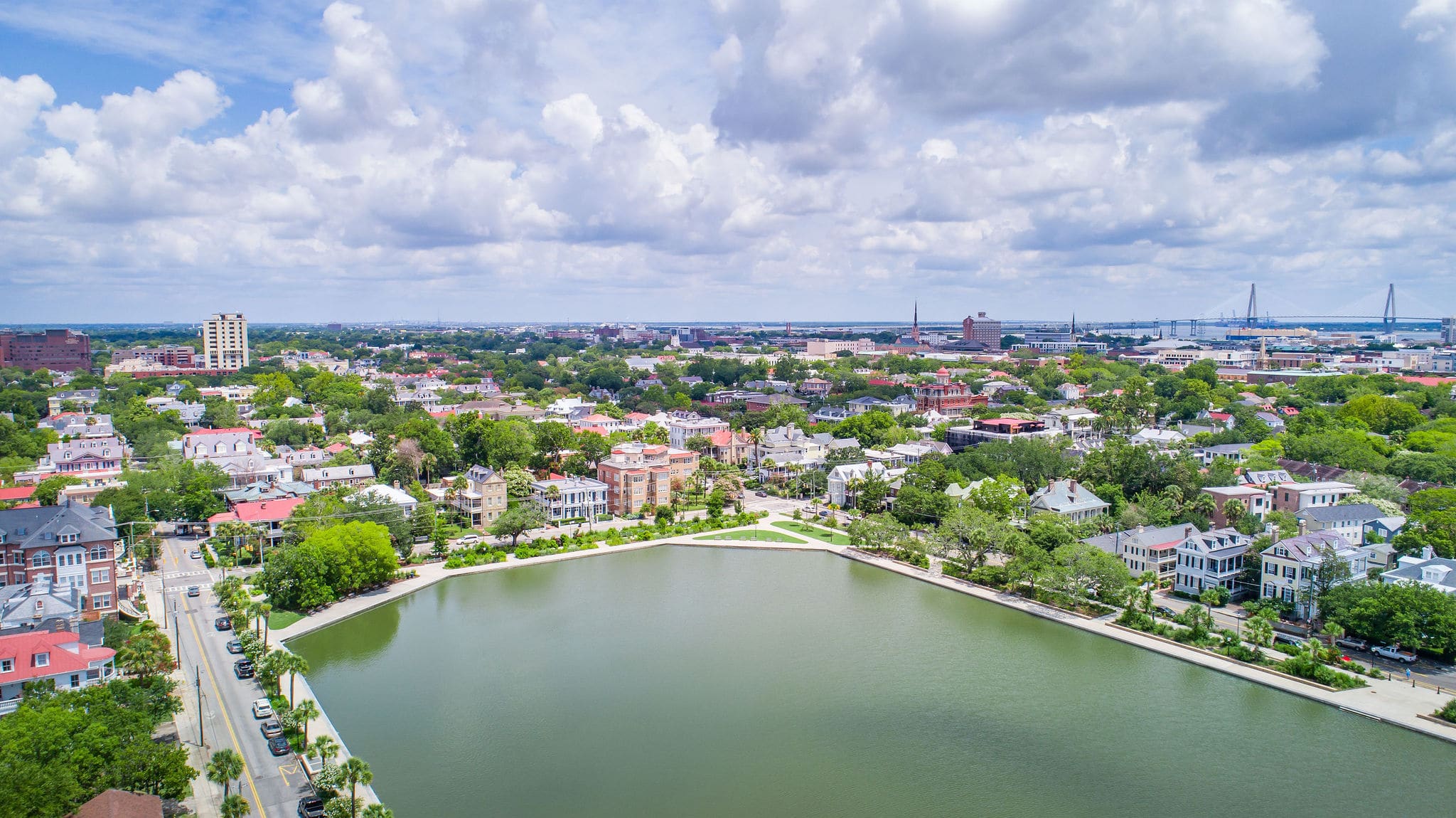 Dive into the history of Charleston’s downtown pond with Charleston-native, Brian Simms, professional guide of Charleston Sole Walking Tours in this #JasperWalks video.

From the balconies of The Jasper, residents overlook Colonial Lake, a beautiful historic park central to the heart of the Charleston peninsula.

The manmade reservoir was originally called Rutledge Street Pond in 1768 and was created when South Carolina imposed an act to create a downtown public common “forever hereafter.” The city’s commitment to preserve the pond has never wavered, bound by this act to promote a place of community for the city’s people.

Not only did the waterway serve as a common space, but it was also a valuable source of power for sawmills. In 1881, the pond changed its name to Colonial Lake and a park was created around it.

Since then, the park has continued to be a thriving spot for biking, jogging, dog-walking, picnicking, reading, and fishing.

The park’s lush landscaping is one of its most recognizable features.  In 2017, The Beach Company donated $1 million towards the beautification of Colonial Lake to revitalize the park and ensure enduring value for generations. The park had not undergone renovations since its opening in the 1880s and required major infrastructure updates.

Through a public/private partnership, the Charleston Parks Conservancy and the City of Charleston raised $5.9 million for renovations, including a new water flow control structure to better manage the water that flows between the lake and the Ashley River.

In the weeks leading up to the grand reopening, hundreds of CPC volunteers called “park angels” planted 20,000 trees, bushes, grasses and bulbs. It is now once again a beautiful place for recreation and gathering.

Colonial Lake remains one of the most popular downtown parks and offers The Jasper residents serene park views and a place to stay active or gather with friends.