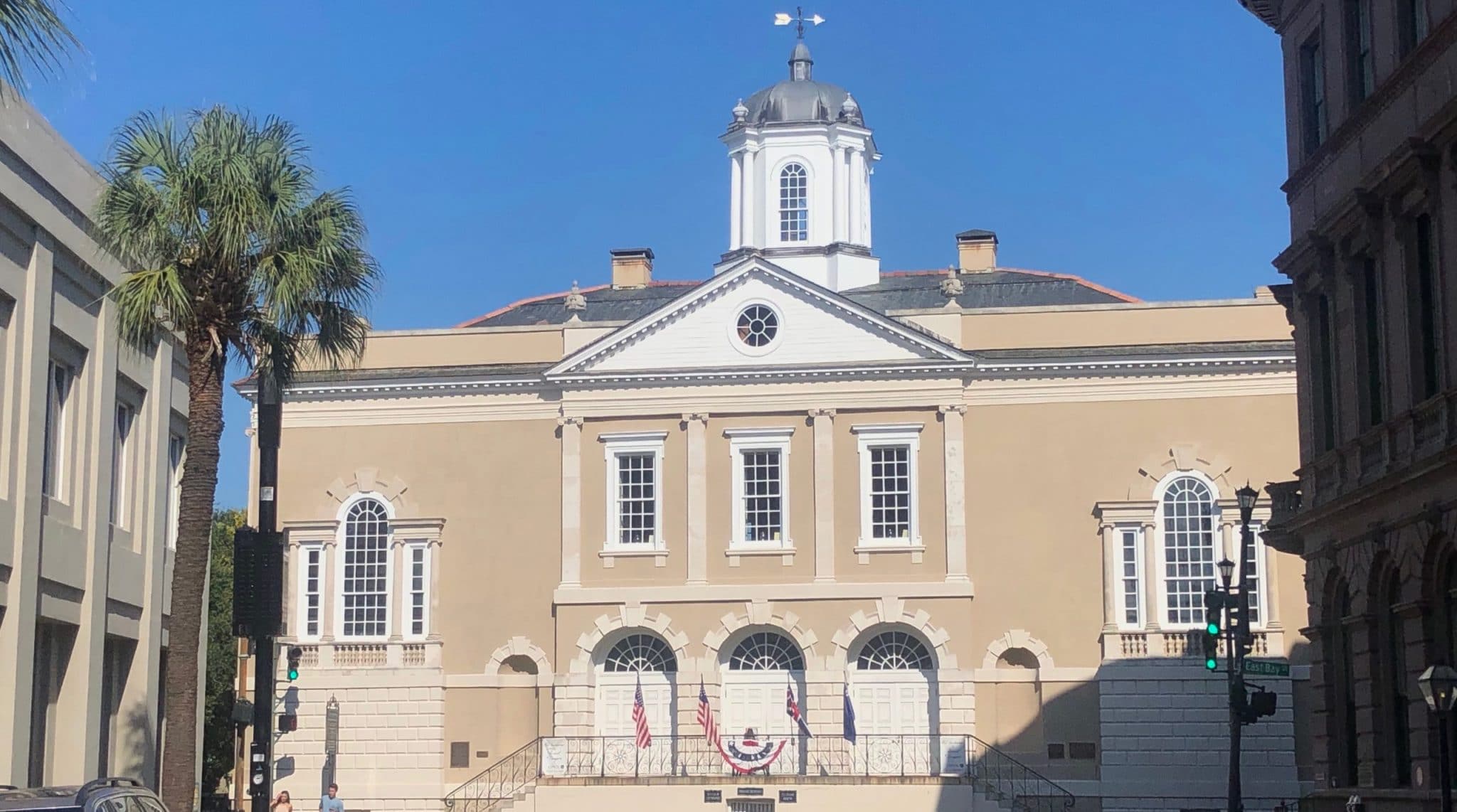 In the spirit of Halloween, we are sharing a paranormal legend rumored to haunt one of Broad Street’s historic buildings. For centuries, the Old Exchange and Provost Dungeon has been infamous for sightings of the ghosts reported to haunt its hallways. Located on 122 Bay Street, the elegant Georgian building has what some locals describe as a burdened basement.

Guests have claimed to see glimpses of ghosts throughout the hallways of the building and have reported hearing the shocking screams of long-dead dungeon prisoners.

Before the beautiful building was constructed, the site belonged to the Half-Moon Battery, a center for trade in Charleston, which held a prison underneath. Pirate legends, like Blackbeard and Stede Bonnet, who threatened the safety of the colonists in the 1700s were kept locked away in this infamous dungeon.

By the end of the century, the demand for trade created an opportunity to build the Old Exchange to support the facilitation of business in the port city. The Charleston landmark was a commercial exchange, post office, city hall, and custom house. In the 20th century, the Daughters of the American Revolution saved it for preservation, and it became a historical museum in the 1980s.

The Old Exchange’s true legacy is predominately due to its premiere architecture influenced by a Georgian-Palladian motif. Its beauty in design and fine materials make it one of the most important buildings from the American Colonial Era. However, museum visitors have come close to encountering what is believed to be spirits of prisoners of the Provost Dungeon.

People have claimed to see dancing orbs, hear screaming, and feel chilling cold breezes that could belong to some of the pirates who were trapped below street level in the haunted prison.

Although some locals will say it’s a fable, you will have to visit the Old Exchange and Provost Dungeon yourself to find out the truth.

Halloween in Charleston can be frightening, but eerily fun. Be sure to visit the museum on Broad Street, which is only a walk from your home at The Jasper. We hope you and your family have a safe and spooky Halloween celebration!