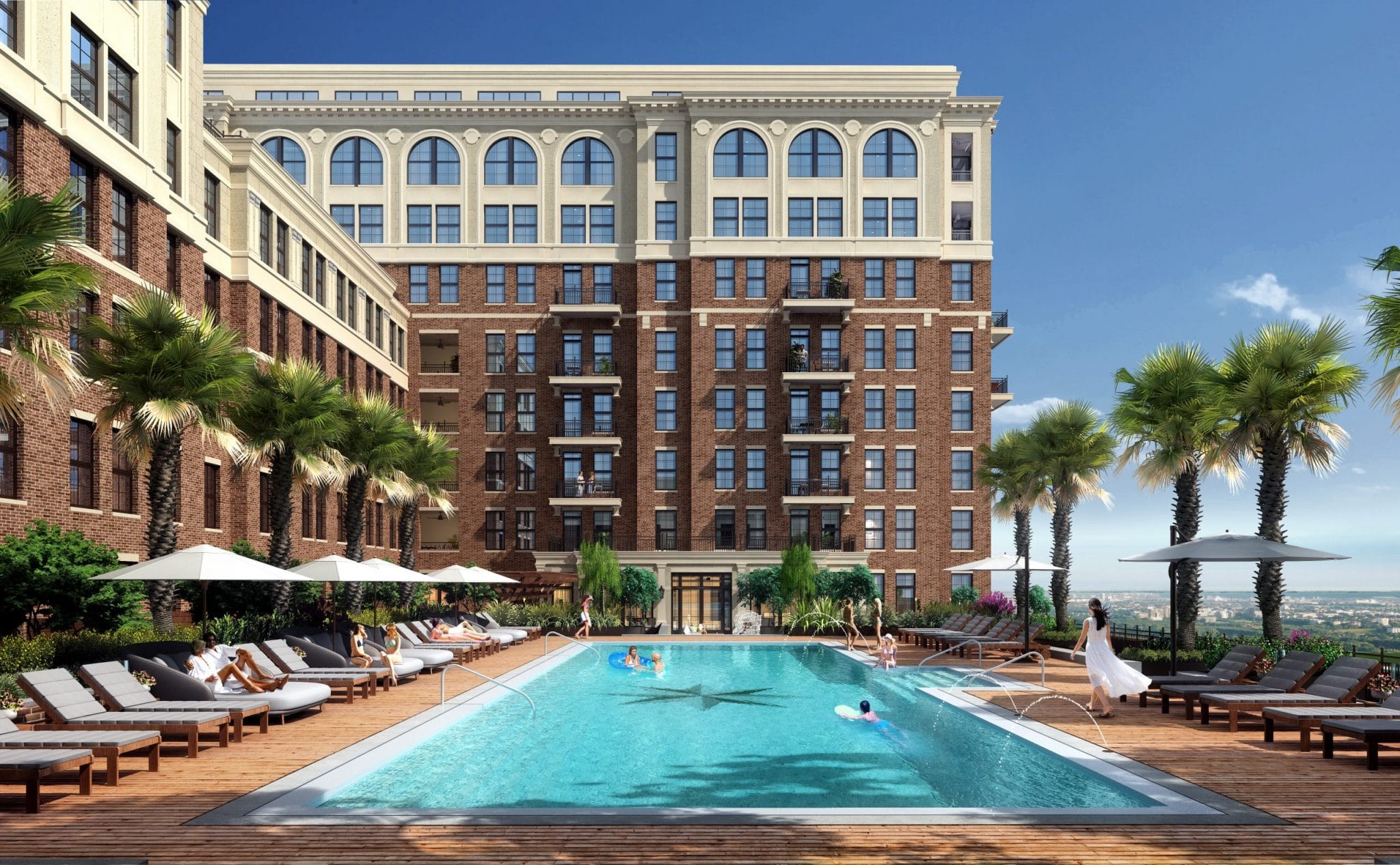 If you’ve lived in Charleston long enough, you may remember the Sergeant Jasper star. The rooftop star lit up the Charleston skyline during the holidays and quickly became a local tradition as part of the Colonial Lake Christmas celebration.

Now, The Jasper carries on the retired star’s legacy. The star is found among the branding elements created by Charleston graphic designer, Jay Fletcher, and will soon reappear in the mosaic tiling of the rooftop pool. The Beach Company, which built the original Sergeant Jasper 70 years ago, planned to carry on the star’s legacy as they began The Jasper’s story anew.

Resting in the water of the rooftop pool, the new star takes the form of a rose compass, subtly reflecting Charleston’s history as a port city. The star’s legacy will also live on at the “Star Deck,” the name of the fifth-floor pool and amenity level with vast views of the Charleston Harbor by day, and the constellations by night.

The star will play a new role when The Jasper opens, linking the legacy of the old Sergeant Jasper’s tradition to a bright new future. We all look forward to the return of the Jasper star this holiday season.