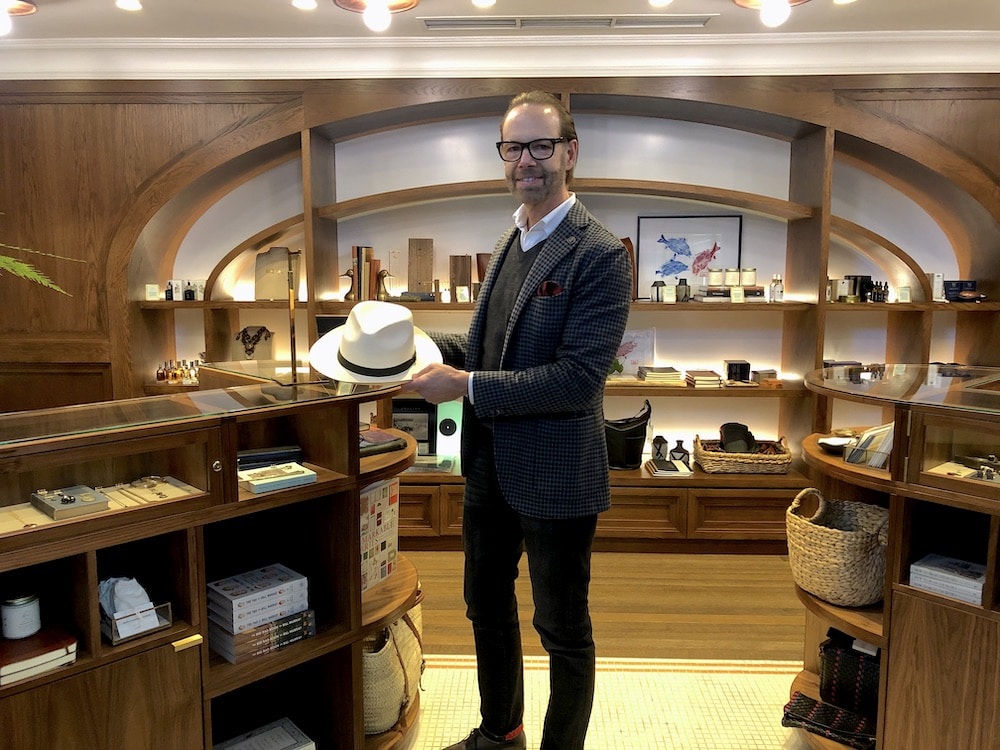 “When I visited Charleston in the 1990s, there was something different here I hadn’t seen anywhere else. Not only was the weather perfect, I fell in love with the Southern charm, and that’s what eventually led me back.”

20 years later, Brad eventually made Charleston his home and has been a resident for a collective seven years. “I chose to live downtown because of the beauty of the city and the ability to walk to restaurants and enjoy the pulse of Charleston’s thriving culture.” As General Manager of Hotel Emeline, one of the city’s newest additions to the hospitality scene, Brad spends most of his days in the heart of downtown Charleston.

The hotel features Charleston artists, makers and artisans in its Keep Shop, which curates Charleston-made goods with consideration for the detail, care, craft and character that went into each piece, a living reflection of Charleston’s creative culture.

“There are so many artists, makers and purveyors that are very passionate about what they do, and they operate at a very high level,” Brad said. “We have over 30 local makers and some of them have become friends.” Interacting with local makers has been one of the most rewarding aspects of my job.”

Beyond the hotel’s immersive Charleston experience, Brad has engaged himself to the city’s community through important initiatives such as One80 Place, Explore Charleston and College of Charleston. He’s also a member at Citadel Square Church.

“When I moved to Charleston, I committed that I would try to do everything possible downtown and I would actively pursue being involved in the community,” Brad said. “I now serve on the board of One80 Place and the Lowcountry Hospitality Association. I felt that both organizations impact the community in very important ways, and I am honored to be a part. I encourage anyone to get started by just volunteering.  It’s a great way to feel connected.”

Brad’s downtown neighbors are one of the reasons he feels at home in the city. When Brad is off-duty on the weekends, he likes to walk downtown and meet up with friends for lunch or stop by stores like M. Dumas & Sons to shop. Brad loves to end his weekends with Sunday Suppers on the piazza of his pre-Civil-War flat on Bee Street, a tradition he started with his neighbors a few months ago. They join together with homemade dishes to relax, catch up and enjoy each other’s company. At the end of the day, it’s the city’s hospitality that has given Brad a place to call home.