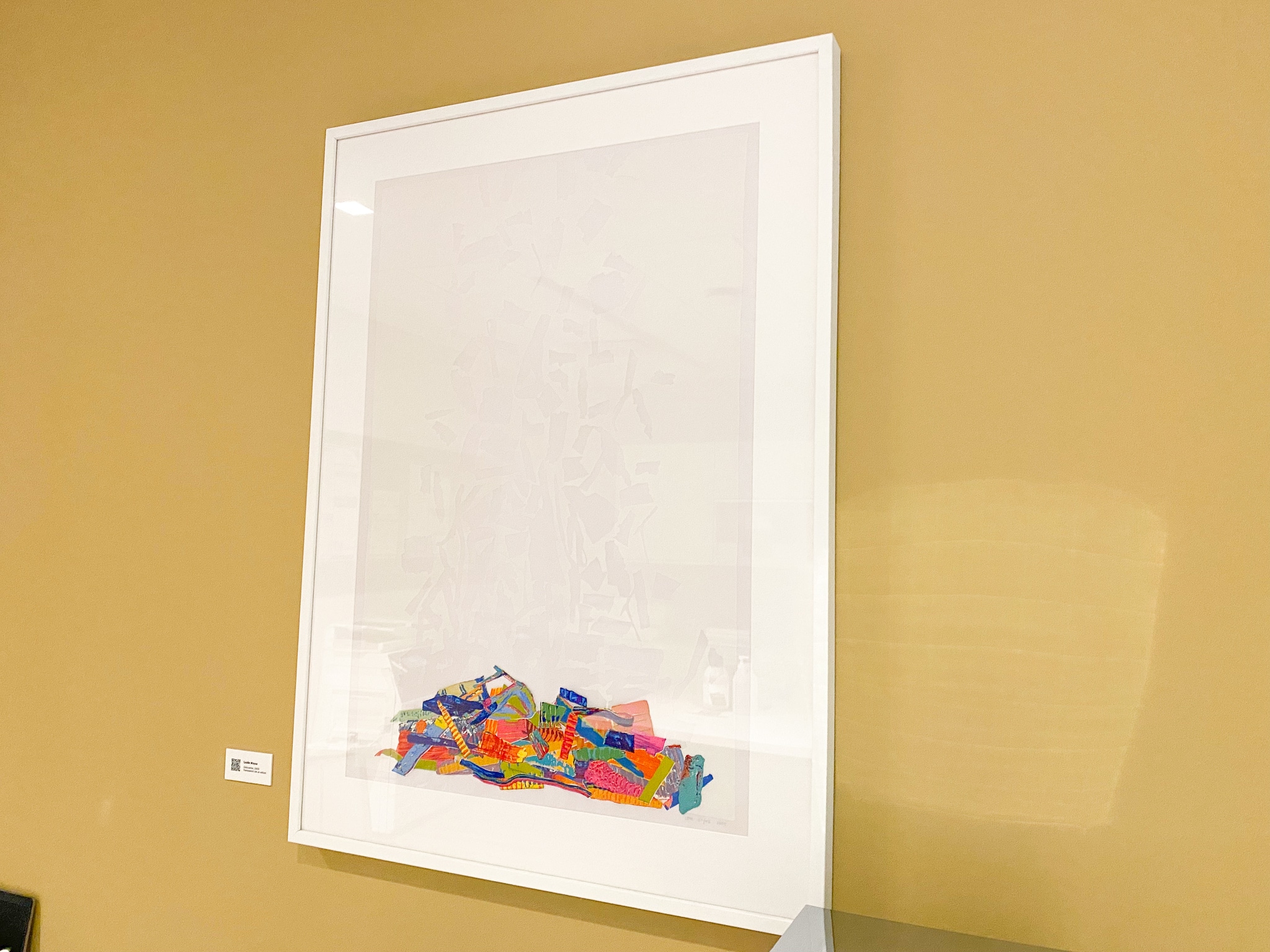 About the Artist:
Leslie Wayne was born in Landstul, Germany to American parents and grew up in Southern California. She studied painting at the College of Creative Studies, UC Santa Barbara for two years before moving to Paris for a year, followed by five years in Israel. In 1982, she moved to New York and received her BFA with Honors in Sculpture from Parsons School of Design.

About the art:
“In “Dislocation,” ghosts of those same “building blocks” before they were sliced up, fall from the sky, subject to the laws of nature, and end up in a heap of colored shapes and forms at the base. The narrative reveals nothing of their origins. They are nevertheless handmade forms that look like they have had a purpose, and their journey is a way of re-ordering their potential in the visual world. Similarly drawn by hand and color separated, this print is also made up of four discreet layers of 8 colors each, plus a white background.

I’ve chosen transparent inks, printed on Chartham Natural Translucent vellum, to give the pictures a kind of otherworldly luminosity not traditionally seen in screenprints on paper. They are in an edition of 42 each, and published by Durham Press.”